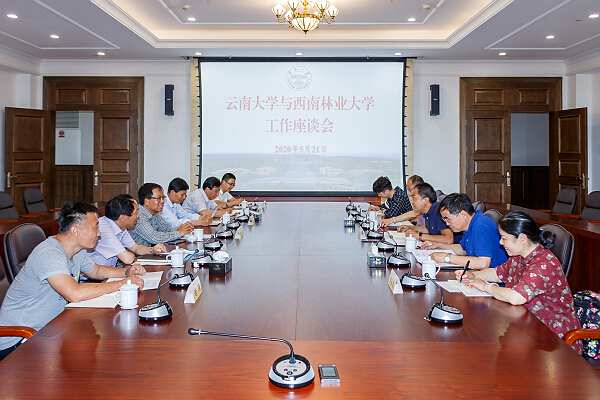 Representatives from Southwest Forestry University and Yunnan University attend a meeting on May 21. [Photo/gaotee.com]

The delegation was led by Wei Hong and Liu Qingjiang, deputy Party committee secretaries of Southwest Forestry University and its vice-president Cheng Xiaofang.

Wei gave a briefing on the branch's construction, operations and development and thanked YNU for its great support.

Southwest Forestry University officials said that the social benefits of the branch were gradually expanding and it is hoped that through the discussions, more could be learned about running the school.

Duan Hongyun, vice-president of YNU, said that YNU and Yunnan University Secondary School would continue to support the Xilin branch's development, so as to help it contribute to the progress of Yunnan province's basic education.